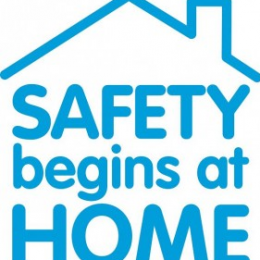 According to FBI in every 16 seconds a home burglary happens in the United States. And mostly, when these burglaries happen most of the homes are usually empty. But who are these burglars? They are of two types: the amateur crooks that kick doors until it gives way and the highly skilled pros that start by watching a home before they can target it. With an effective security measure, you can be able to discourage the expert thieves and to beat any opportunist. However, your worry shouldn’t only relate to the bad people. The hazardous areas around your home may also hurt your family and friends. The following are some of the things you can do to make your home safer today and many years to come. Special thanks to Tempe Locksmith Pros for all the information.

. Install more than one lock

More than one lock on your door will make it hard for intruders to break in. And whether you have installed a deadbolt, a security chain or a lock set, you should be mindful of the individuals who have access to your home and keys. Don’t give your dog walker or babysitter all your keys and instead provide them with the key to your front door. This way, a burglar will only have access to the front door if the key falls into wrong hands or is lost. The same should apply to the car mechanic and valet attendant.

Around two thirds of all burglaries involve force entry which is mainly due to weak locks and poor mounting of hardware. To strengthen your locks you should consider replacing the strike and the metal plate mounted on your door jamb (which the lock bolt slides into). For around $10 you can strengthen the weakest locks. Another way to strengthen your locks is by replacing the short mounting screws with the 3 inch screws which reaches the studs of your doors.

. Prevent intrusion through the windows

Windows pose a greater risk. An intruder may easily break a window and reach the inside to unlock it. To fortify your windows, you can replace the regular glasses which are easier to break with the laminated windows which are similar to vehicle windshields. By installing a second glass layer and ensuring that panes are attached securely to the window frame will help. Position door locks more than an arm reach from the windows.

Each and every year, around 1.8 million individuals install home security systems in their home. Research has shown that a home with a security system is thrice more likely to be intruded compared with residences with one. On average, to install a burglar alarm, you will pay between $100 and $1200 after which you will pay another $35 on average as the monitoring fee annually. There are many available options in the market to consider but you should look for a security system with a separate key pad and control panel. Those that feature the two in a single unit aren’t the best since the intruder can defeat before the alarm has notified the monitoring center. And because thieves are always looking for the things they can sell faster such as handguns, jewelry and cash, you should keep such items out of site.

Use strategic lighting to make it hard for intruders to break into your home undetected at night. Flood lights, outdoor motion detectors and security lighting close to the potential points of entry such as doors and windows will practically deter any unwanted visitor. For more security, consider installing security cameras. To keep a potential burglar away, put up signs indicating that you have installed a security camera in your home. And because most burglaries happen when you are out, you should set your indoor lights on a timer. 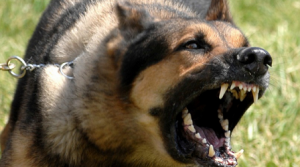 A pooch will also contribute to your home security whether you need one as an addition or in lieu to a security system. But when looking for one, you shouldn’t assume that all dogs are equal. A guard dog will protect and defend your property – they aren’t pets. A protection dog on the other hand is a family dog which watches over people instead of the physical area. Rottweilers, German shepherds and Doberman pinschers are some of the best breeds for home protection. They respond perfectly to discipline and are also friendly with their family including children. While there are many dog trainers, you should only consider those that are reputable. If you need both the security system and a dog you should consider pet-immune motion detectors which announce intruders and not the pets.

Find Me on Google Plus